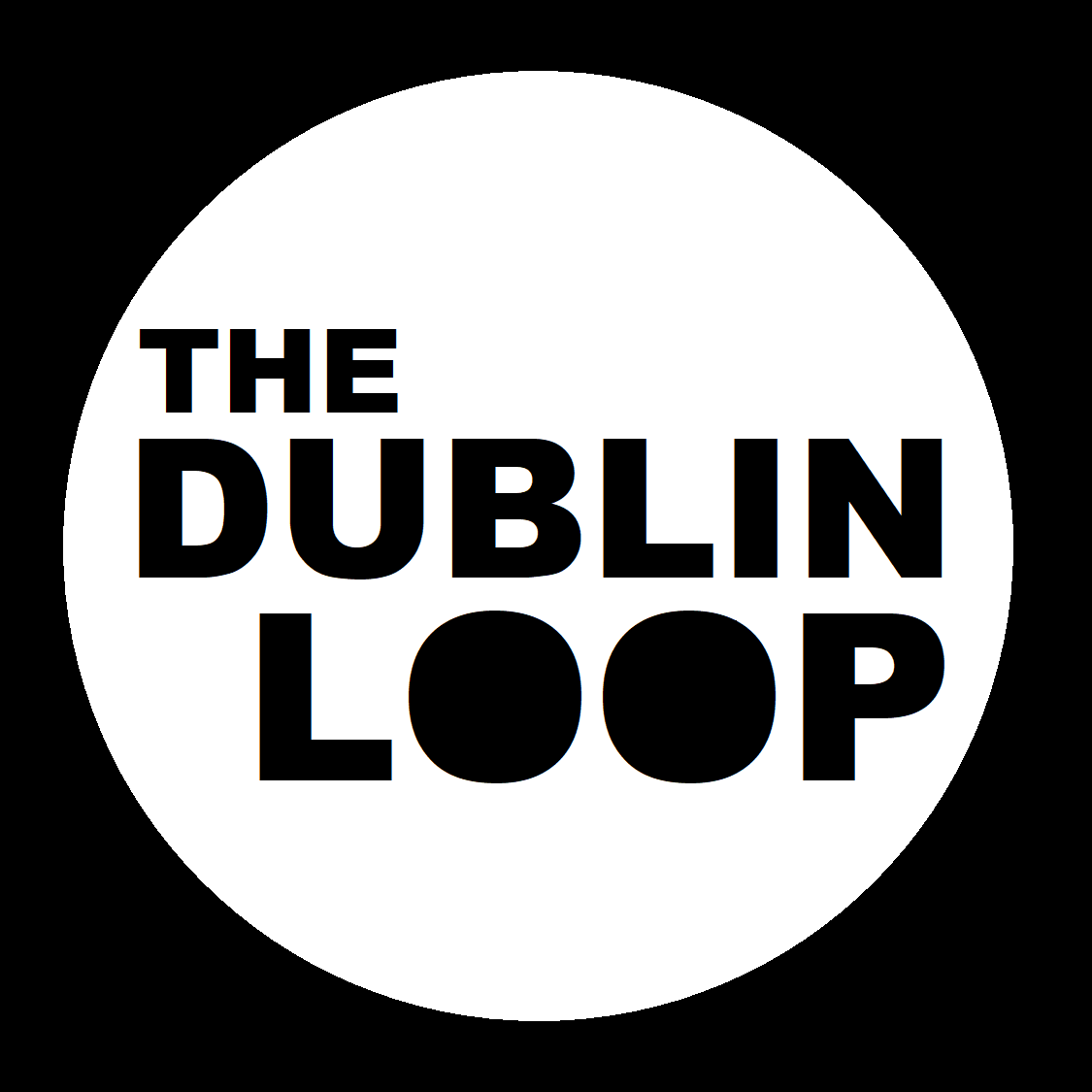 This project is currently receiving no Irish government or EU funding and is completely self-financed your donation via Patron will help with further promotion and advertising of the project only, No salaries are paid.

Our Site is currently being updated, and is mobile friendly

What is Dublin Loop?

DublinLoop is an alternative ambitious plan to solve all future transport needs for the city and brings together all the latest and major advancements in transport technology of underground vehicle tunnels and Autonomous Electric Vehicles for both private vehicles and public transport (Darts) that can be used for both above and below ground for A real Dublin Area Rapid Transit. a future proof high-speed nonstop public transport service for Dublin and beyond.

Less disruption to the city during construction, no need for large station blocks as required by Metrolink, no need for disruption to major road arteries, and by putting the majority of traffic underground this would reduce the number of vehicles on the surface, reduce emissions, reduce city noise, make further pedestrianisation of the city center core possible, free up surface streets allow for proper larger double-wide segregated cycling lanes.

The Dublin Loop Was proposed by Cormac McKay as part of his Transport development policy for Dublin to deliver a desirable free public transport system and was planning on running in the race for proposed position of Dublin’s first Directly Elected Mayor for Dublin currently being discussed by the Citizens' Assembly for Dublin as an independent candidate who was to assume responsibility for transport for Dublin from the NTA National Transport Authority.

He has self-studied future road and air electric transport and Autonomous vehicles development for a number of years and is now founder and spokesperson for Aeravai Autonomous Electric Road & Air Vehicle Association of Ireland and advocate for MaaS & shared mobility and urgent climate change action.

More pedestrianisation would make the city more livable, safer, and enjoyable for pedestrians making Dublin City centre a more desirable place to live and visit as an international or domestic tourist.

Unfortunately, the upcoming proposed €2 Billion Busconnects redesign of Dublin's roads, bus lanes and cycle lanes has poorly designed cycling infrastructure! With only a single 1-1.5m lane on each side of the road with poor not international standard cycling junctions,

Unproven BusConnects Junction Designs a Cause for Concern

A whole road traffic lane converted to a completely segregated double wide 3-4m cycle lanes because our traffic is mostly in one direction during peak times could accommodate more cycling traffic and faster and slower traffic which would make it safer and more desirable to use for all users.

Poll: Should there be Copenhagen-style cycle lanes in every major Irish city?

Instead of having multiple different types of transport vehicles Trains, Trams, Double-decker buses, taxis, etc with all the different changes required for a journey, having a single public transport vehicle that is adaptable and multi-purpose just makes sense.

Unfortunately, the NTA did not do any public consultation on what type of vehicle the public wants for its future transport needs and has decided that single-use double-decker buses are what it wants.

This could buy 48 Darts

If the NTA proceeds with just the hydrogen replacement for Dublin bus and Bus Eireann fleets of up to 2500 new buses at €800,000 a pop This would cost €2 BILLION!

Alternatively, that investment could buy 40000 multi-purpose, adaptable, Next Transportation Darts that could serve the whole country where needed.

With the use of the Next Transportation modular vehicles (Darts) this advanced smart transportation system based on swarms of modular electric vehicles, each module can join and detach with other modules when joined, they create an open, bus/tram/train-like area among modules, allowing passengers to stand and walk from one module to another will make it possible to have more direct routes without changes and a door to door service with vastly improved journey times for public transport all controlled by an AI traffic management control system.

If we had a larger system of tunnels in Dublin as proposed by TheDublinLoop they could be used by both public and private vehicles and not just trains! this revenue could help fund a free public transport service similar to the current Dublin Port tunnel. The NTMA currently owns the DPT and profits from it go into and national investment pension fund

If we poorly invest up to €15 BILLION of taxpayers and our NTMA pension investment fund on obsolete, expensive, non-performing, non-revenue generating transport services it could completely put Free Public Transport out of reach! and this is just for Dublin's transport proposals, Which could further deprive the rest of the country of adequate Transport provisions due to lack of public funds.

Proposals to bring in free public transport could be cheaper than fines Ireland gets for breaking its carbon targets.

Why Vehicle tunnels and not rail?

Historically, Rail tunnels are really expensive to dig, with some projects costing over €1 billion per kilometer. In order to make a large Dublin tunnel network feasible, tunneling costs must be reduced significantly.

The use of heavy rail underground is extremely expensive and nearly every project around the world has exceeded its budget and delivery date and MetroLink and dart underground will be no different.

Due to a few new startup entries into the tunneling business such as Elon Musk of Tesla with his www.BoringCompany.com and also www.HyperSciences.com being another with new cutting edge technology entry, Plus all the other current manufacturers of TBM (Tunnel Boring machines) have had to step up their game and are now trying to compete with one another for proposals such as The DublinLoop.

For example instead of 230km of bus lanes as proposed by Busconnects,

Has this Urban Loop been done anywhere else?

Yes! The Boring company’s UrbanLoop test tunnel opened in Hawthorne, Los Angeles California at the SpaceX complex in 2019 with a Tesla Model X achieving a speed of 200 km an hour!

The first commercial operation of the UrbanLoop is in Las Vegas Nevada USA was due to open at CES (consumer electronics show) but due to covid19 was canceled and opened earlier this year to transport visitors around the Las Vegas conference center.

This idea was inspired by Mr. Elon Musk of Tesla who formed The Boring Company USA.

Traffic is driving me nuts. Am going to build a tunnel boring machine and just start digging...

There will be a number of  *public tenders to all interested parties to complete The DublinLoop project.

The Boring Company and Tesla may enter the public tender process as may a number of other interested parties.

*This is a requirement of EU & Irish law

This project is currently receiving no Irish government or EU funding and is completely self-financed your donation via Patron will help with further promotion and advertising of the project only, No salaries are paid.

It will be unlikely the general public will be willing to use these primitive and outdated 20th Century public transport solutions, Buconnect's Hybrid & Hydrogen double-decker buses, MetroLink and Dart trains, and Luas trams which are SLOW and undesirable public Transport modes and the State (taxpayers) and our NTMA pension investment funds will be of poorly invested if they proceed these outdated projects and will put free public transport completely out of reach and further restrict public transport access to suburban and rural areas and keeping the majority of traffic on the surface making our city an undesirable to live, visit and continue to make it unsafe for pedestrians and cyclists in the city.

It will be unlikely the general public will be willing to use these primitive and outdated 20th Century public transport solutions, Buconnect's Hybrid & Hydrogen double-decker buses, MetroLink and Dart trains, and Luas trams which are SLOW and undesirable public Transport modes and the State (taxpayers) and our NTMA pension investment funds will be of poorly invested if they proceed these outdated projects and will put free public transport completely out of reach and further restrict public transport access to suburban and rural areas and keeping the majority of traffic on the surface making our city an undesirable to live, visit and continue to make it unsafe for pedestrians and cyclists in the city.

This idea was inspired by Mr Elon Musk who formed The Boring Company USA.UrbanLoop but DublinLoop’s UrbanLoop proposal is not affiliated with The BoringCompany.

There will be a number of  *public tenders to all interested parties to complete The DublinLoop project.

The Boring Company and Tesla may enter the public tender process as may a number of other interested parties.

*This is a requirement of EU & Irish law

Lack of transport or lack of access to transport is a major mental health concern due to loneliness and isolation which is so bad for your health it's the equivalent of smoking a pack of cigarettes every day!
This is not just in Rural area's which gets most of the press attention but suburban and Urban isolation is a cause for concern as well due to poor availability or cost of Transport being a contributing factor to mental health decline in cities. and it's not just our older population but younger people as well with 1 in 3 young people admitting to being lonely.

Shared mobility is the future of transport and individual car ownership is dying, Autonomous Electric Shared mobility Vehicle should be the future of public transport and that public transport should be free at the point of use.
As a public good and as public health concern to combat loneliness, isolation, and Transport inequality
all Future (City transit) should be AEV's Autonomous Electric Vehicles and should be multi-purpose, adaptable & capable
carrying passengers
Package delivery
Drone base recharging
Wireless charging and or battery swapping
Battery to grid power grid stabilisation
Single-use Vehicles should not have a future!

We use cookies on our website to give you the most relevant experience by remembering your preferences and repeat visits. By clicking “Accept All”, you consent to the use of ALL the cookies. However, you may visit "Cookie Settings" to provide a controlled consent.
Cookie SettingsAccept All
Manage consent

This website uses cookies to improve your experience while you navigate through the website. Out of these, the cookies that are categorized as necessary are stored on your browser as they are essential for the working of basic functionalities of the website. We also use third-party cookies that help us analyze and understand how you use this website. These cookies will be stored in your browser only with your consent. You also have the option to opt-out of these cookies. But opting out of some of these cookies may affect your browsing experience.
Necessary Always Enabled
Necessary cookies are absolutely essential for the website to function properly. These cookies ensure basic functionalities and security features of the website, anonymously.
Functional
Functional cookies help to perform certain functionalities like sharing the content of the website on social media platforms, collect feedbacks, and other third-party features.
Performance
Performance cookies are used to understand and analyze the key performance indexes of the website which helps in delivering a better user experience for the visitors.
Analytics
Analytical cookies are used to understand how visitors interact with the website. These cookies help provide information on metrics the number of visitors, bounce rate, traffic source, etc.
Advertisement
Advertisement cookies are used to provide visitors with relevant ads and marketing campaigns. These cookies track visitors across websites and collect information to provide customized ads.
Others
Other uncategorized cookies are those that are being analyzed and have not been classified into a category as yet.
SAVE & ACCEPT